We are excited to welcome Edgar Alan Rossetti, Randall Bear Barnetson, and Simon Daniel James as carvers in residence. Over the next few months, the artists will be working on-site to transform three cedar logs into public seating structures.

Each artist will be hosting open studio hours, artist talks and other forms of programming during their time at the Carving Centre to give the public a behind-the-scenes peek into their practices. Stay tuned for the full schedule of engagement events! 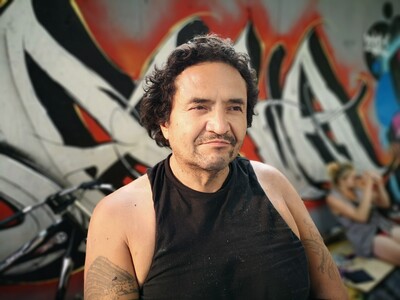 Edgar Alan Rossetti was born in 1966. He originally came from Prince George, BC, and his home reserve is Binche keh yoh. Edgar is a self-taught native artist who works with acrylics, wood, watercolour, and pencil at his private studio in Vancouver, BC. He is currently doing contemporary designs of the Ksaan style. All of his work is done free hand. Edgar has done murals in Vancouver, Prince George, Calgary, Edmonton, Cold Lake and Los Angeles. His art is displayed in various countries around the world in both private and public collections. 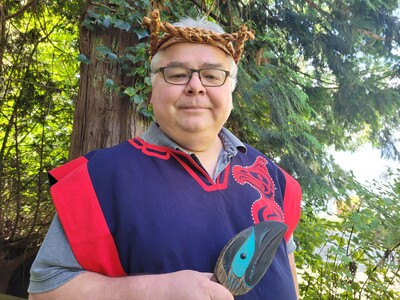 Simon Daniel James, also known as Winadzi, is an internationally renowned artist in many mediums. Simon has been a carver for more than 35 years and has learned many things in his long career. Simon is the co-creator and co-producer of the Raven Tales series and has spent several years promoting it all over the world. He added professional storyteller to his repertoire of tricks since being asked by many schools to do storytelling for students. Simon is from the Kwakwaka’wakw nation, and from the Kwicksuteniuk clan from Gilford Island on his mother’s side and from the Gwa'sala 'Nakwaxda'xw from Blunden Harbour on his father’s side, though he was raised in Campbell River. When he reached the age of 15 he decided to start carving cedar and trained under his father Simon James Sr., a renowned artist in his own style.

After leaving Campbell River, Simon attended ‘The Vancouver Film School’ from 1996-1998. He finished both 2D classical and 3D computer animation and created a short student film called Dawn of Creation which was the inspiration for the Raven Tales episode “How Raven Stole the Sun.” Simon has worked with National Geographic’s All Roads Film Festival since 2004, being the first recipient of the National Geographic All Roads Film Grant for Raven Tales.

Simon practiced his carving for several years while living in North Vancouver and was asked to carve three totem poles for Fukushima, Japan in 2001. Simon carved a totem pole in Rosser Elementary School in Burnaby, BC in 2006 with every student from K-grade 6. This was the first of many carvings for the Burnaby school district, who has asked Simon to return four times so far.

Now living on Bowen Island with his wife Naomi James, Simon has completed 26 episodes of Raven Tales and is the proud owner of Raven Tales Production Corp since 2004. Simon has collaborated on public art projects with artists on Bowen Island, including a sculpture called Embracing the Spirit of the Flame. This project started on the day that the Olympic Flame came to Bowen Island on its way to the Opening Ceremonies for the 2010 Vancouver Winter Olympics. In May of 2011, Simon collaborated in creating a carved cedar panel with students from kindergarten to grade 5 at the Bowen Island Community School. Early in 2013 Simon was asked again to participate in another school project in Burnaby creating an 8 x 8 ft red cedar panel with all the students in Westridge Elementary school.

Simon lives his life being involved in educating and entertaining children of all ages including his son Ryuki who was born in 2010, and his daughter Mizuki who was born in late 2012. He has his own studio in the basement of his home and likes it this way so he can be a present father for his children. 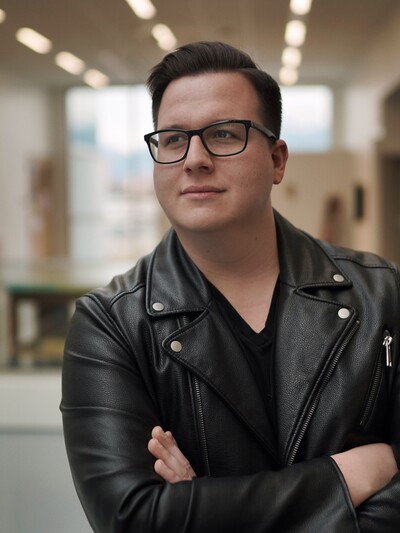 Randall Bear Barnetson is a multidisciplinary artist of Indigenous heritage. Randall Bear Barnetson is from the village of Nadleh Whut’en, the Dakelh nation, and of the Duntem’yoo Bear clan. Bear’s artistic practice interprets matters of modernity such as mental health and wellbeing, identity, culture, and spirituality, through the framework of Northwest Coast Indigenous art forms. Bear’s art and traditional storytelling has aided in reconciliation and decolonization efforts with settler organizations in discussing Indigenous culture and heritage.

Bear was born and raised in the urban Indigenous community of Commercial Drive in Vancouver BC. Bear spent years serving alongside his parents who founded a thriving mission on the 100 block of Hastings that provided essential services to over two million members of the Downtown Eastside community. Much of Bear’s formative years were spent as a musician alongside his mother, multinational award-winning singer/songwriter Cheryl Bear. As an artist and storyteller, Bear has travelled to and partnered with over six hundred Indigenous Communities across North America, and over fifteen countries around the globe.

Bear’s practice is currently based on the Unceded Territories of the Tsawwassen First Nation community, as a guest. Bear is enrolled in his Bachelor of Arts in Critical + Cultural Theory at Emily Carr University of Art and Design. Bear has completed the Foundation Program thus far.